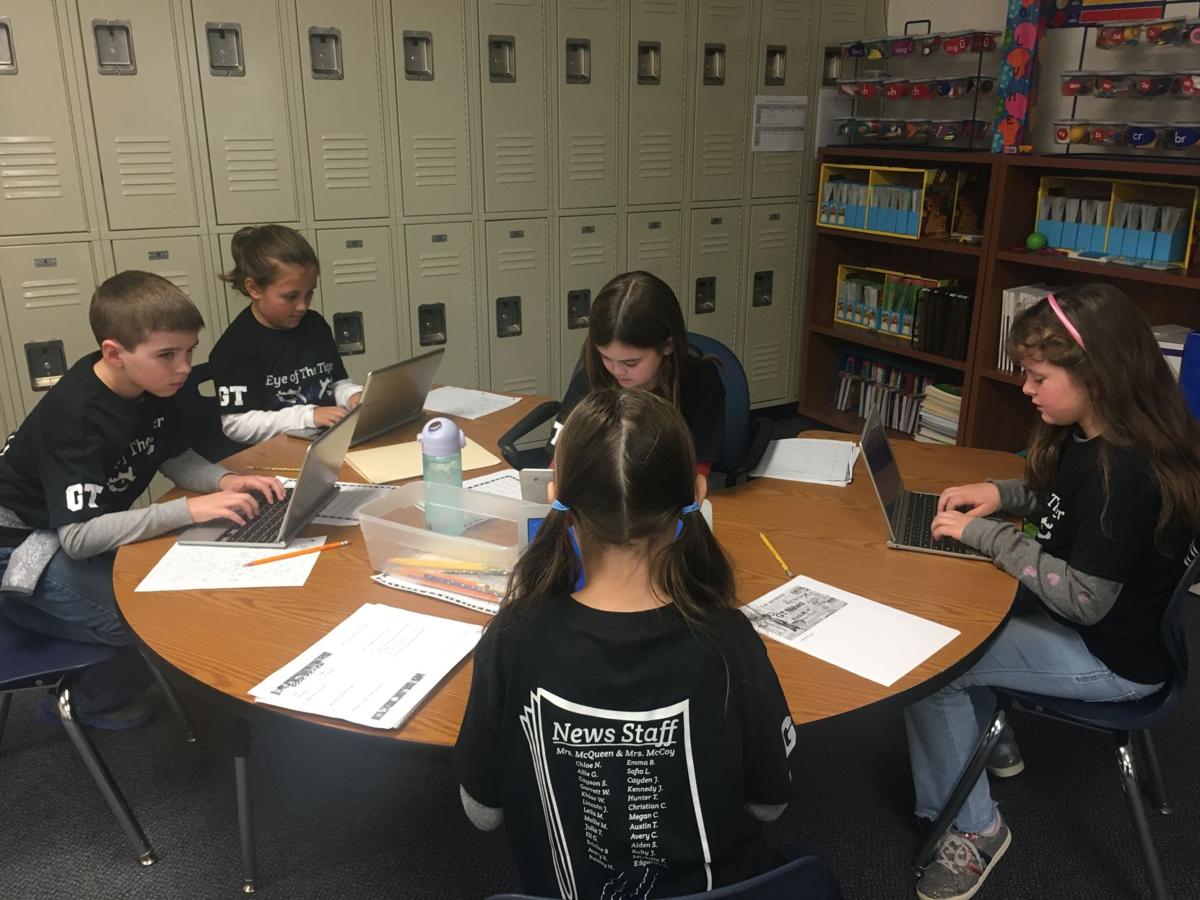 Staff from the "Eye of the Tiger" student newspaper take the time to work on their articles for the paper. At their first meeting the students selected a name for the paper, designed T-shirts, learned about newspapers and more. For the next meeting the group of 26 kids will visit the Herald-Banner office to learn more about print media. 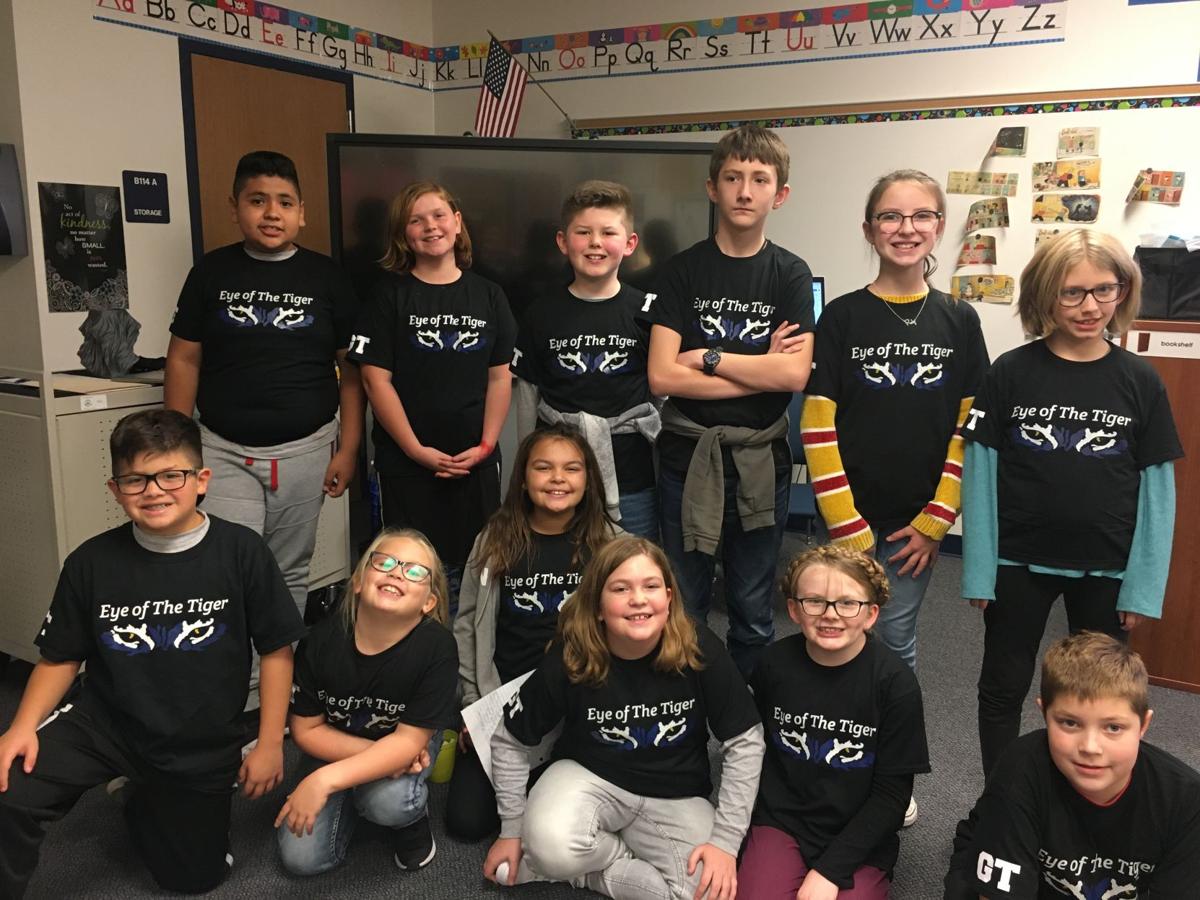 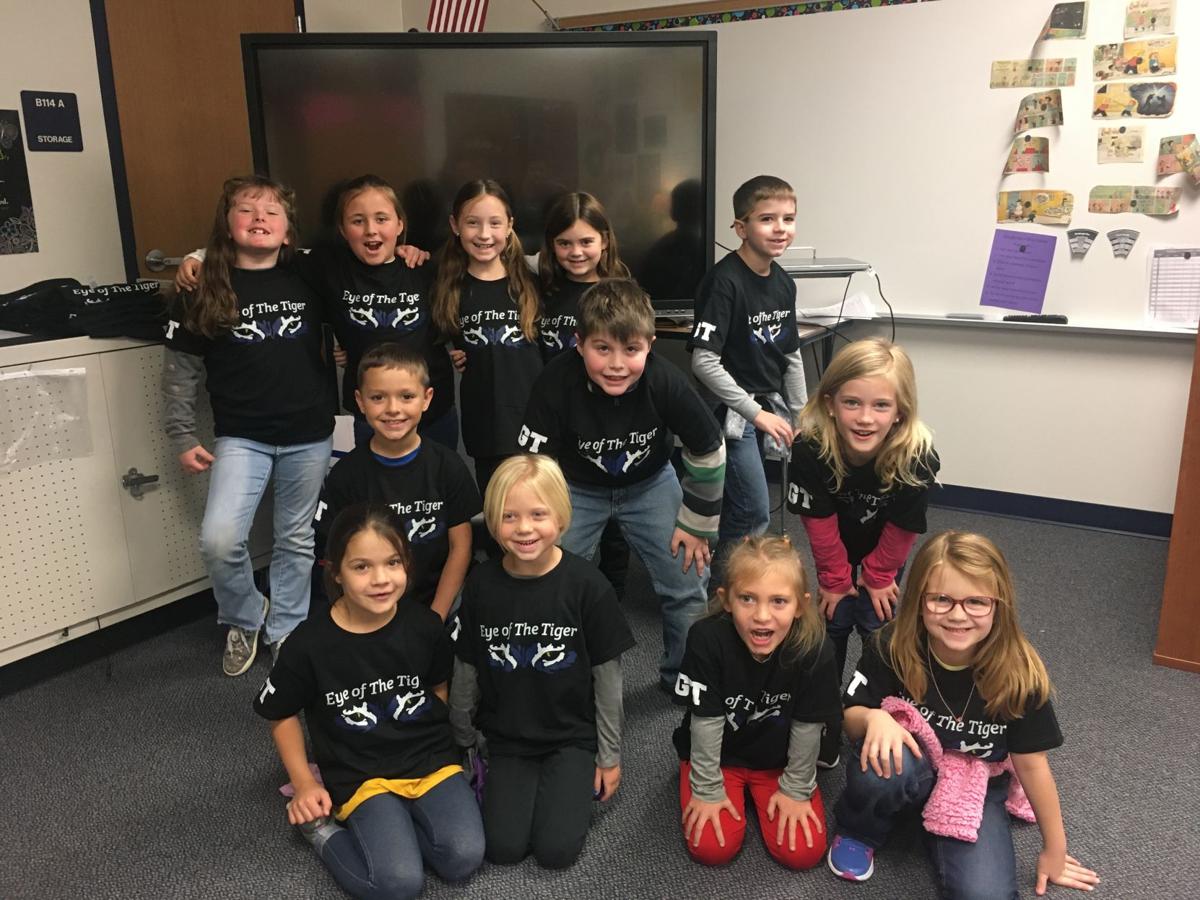 Staff from the "Eye of the Tiger" student newspaper take the time to work on their articles for the paper. At their first meeting the students selected a name for the paper, designed T-shirts, learned about newspapers and more. For the next meeting the group of 26 kids will visit the Herald-Banner office to learn more about print media.

The number of newspapers in the area just went up by one as students in the Bland Independent School District took on the task of starting a student newspaper.

Bland elementary students in the Gifted and Talented program, with the help of teachers Susan McQueen and Kristen McCoy, launched the Eye of the Tiger earlier this school year for first through fifth graders.

“This is a great opportunity to give kids a new experience,” McQueen said. “It gets them thinking outside of the box and looking at things differently.”

The group of 26 students has met three times this school year and has produced one issue of the student newspaper, with their next one coming out later this month. At their first meeting, McQueen explained the different sections in a newspaper — like sports, entertainment and news — and they voted on the official name of the paper. Students also designed their own T-shirts and picked subject areas they were interested in writing for.

“It’s kind of funny because the first official time they met, they all wanted to write the comics,” McQueen said.

For their first issue, students wrote feature stories about teachers, sports and other topics that interested them. The younger students were asked to research tigers, the school’s mascot, and then worked with McQueen and McCoy to write a story about the animals. Fifth-grader Ruby Johnson was one of the contributing students.

“I liked learning more about the teachers, like their favorite color, snacks and other stuff like that,” Johnson said.

She said that being a part of the group that produces that paper is “exciting” as classmates see her byline in the paper and read what she has to say.

“It’s really cool and exciting because people notice the stuff that I write,” she said. “I got interested in it when I started in fourth grade because I found something I really like to do.”

The collaboration between Johnson and her classmates for the paper is another aspect that interests her.

“I like working together as a team and seeing how the newspaper comes out,” she said.

The next time staff from the Eye of the Tiger meet is in mid-December for their field trip to the Herald-Banner’s office in Greenville. McQueen said she helped plan the field trip to give students a better understanding of how a newspaper functions.

“I think it’ll be a great connection to them — to see a newspaper in real life is different,” she said, referring to the connection made between learning about the newspaper and seeing how the publication works day-to-day.

In addition to the connections made, McQueen seeks to expose students to an actual print product.

“When I was growing up, my dad read the newspaper and he still does to this day,” she said. “A lot of people don’t see newspapers anymore because they get news digitally. That’s how they’re used to getting it now.”

She launched the school paper with the Gifted and Talented group after years of having the idea in the back of her mind, she said. It was something she had been wanting to do and she saw the “unique” opportunity as she came to the Bland ISD and took the adviser position for the group.

“It’s something new and different for the GT program because a lot of them are focused on STEM (science, technology, engineering and mathematics),” she said.

She hopes that the school paper becomes a “tradition” that the kids can learn more about in the spring semester.

“If we continue this and do it next year, we can structure it better with the different sections.”

Although they’ve only met a handful of times, McQueen said the collaboration among students from different grade levels and structure that includes deadlines motivate the students to learn about time management and teamwork while learning about themselves.

“It’s really been a collaborative effort and I see that they’ve learned things about themselves and one other that they didn’t know,” she said. “It challenges the kids; many of them think they aren’t good writers and they figure out they can write, that they have something to say and that they can be creative.”