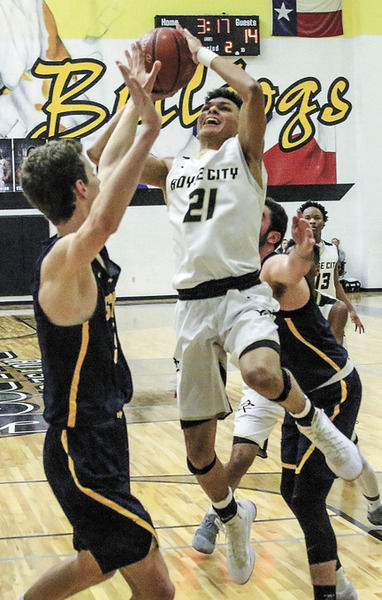 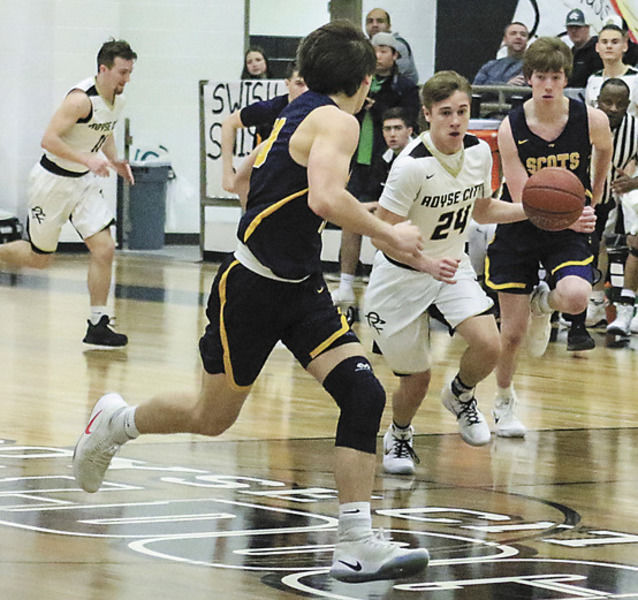 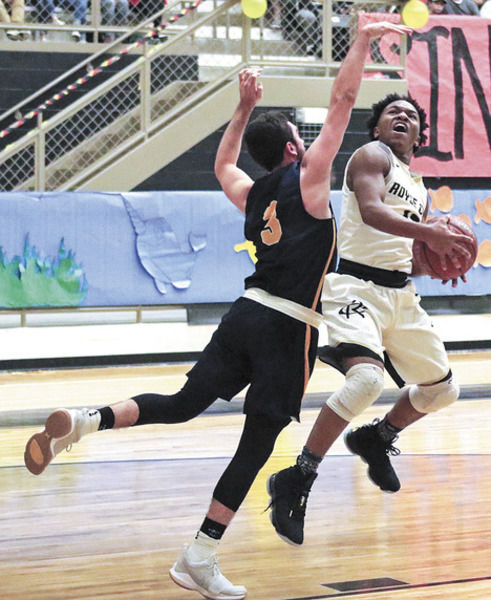 Quincy Onyema of Royse City gets some defensive pressure from Highland Park's Will Enzor. 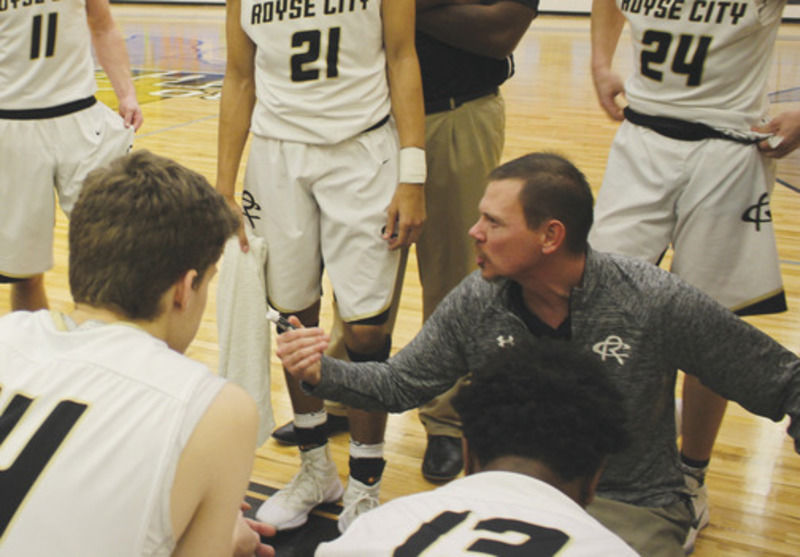 Coach Brian Jacobs has a words with his team during a timeout in the Highland Park game.

Quincy Onyema of Royse City gets some defensive pressure from Highland Park's Will Enzor.

Coach Brian Jacobs has a words with his team during a timeout in the Highland Park game.

With only a few games left before playoffs, the Royse City High School boys varsity basketball team currently sits at the top of District 15-5A, and looks forward to wrapping up their Cinderella season in a big way.

The journey to get to that spot hasn’t been all free throws and lay-ups, however. In their previous two seasons, the team only managed to win one of its 28 district games. This season, the Bulldogs have only lost one district game and boast a 22-5 overall record.

But this year’s success hasn’t come from a fancy new set of X’s and O’s or a dominant star player. In fact, the team’s roster is almost identical to the last season’s squad. There is no secret ingredient to the recipe that coach Brian Jacobs has used all season; it’s all rather simple.

Last Friday, the Bulldogs faced one of their toughest challenges in a home game against second-place Highland Park. Despite having to grind on both ends of the court, Royse City emerged a winner, 53-51.

In many ways, the game was a paradigm of the Bulldogs’ hard-fought season.

“Overall, (Highland Park is a) larger school than us, they have a long tradition of winning,” Jacobs said. “So it was as much of a mental challenge as it was a physical challenge.”

Donald Garrett and Jacob Stites, both seniors, said they have been witnesses to seeing the team mature through its growing pains. They said that this season’s chemistry is largely a product of the players’ willingness to communicate with one another.

“We just click way better, everybody, even our two new players. We’re friendly, have good relationships and nothing ever really goes wrong,” Stites said.

Garrett, who has been on the varsity with Stites since their sophomore year, said the gains that were made this season have stemmed from the team’s commitment to practice.

Though he would much rather be on the floor as one of the three team captains, Dusek said his view from the bench has opened his eyes to a new perspective of the game.

“It’s definitely been different than playing, but I can still help coach the team, in a way. I help them out as much as I can by being the guy to cheer them up on the sidelines and even during practice,” he said.

Jacobs was not short on compliments and recognitions for his assistant coaches, who have helped him lead the group of young men to a string of hard-earned victories. “A large part of the reason we’ve been so successful is because we have so many good coaches on staff,” Jacobs said.

Though the end of their regular season is quickly approaching with the title of district champions closer than seasons past, Jacobs and his players are not looking to settle.