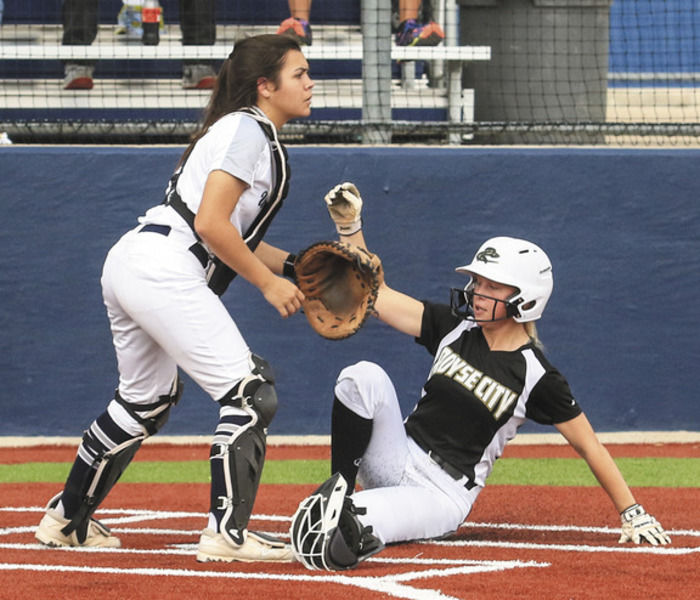 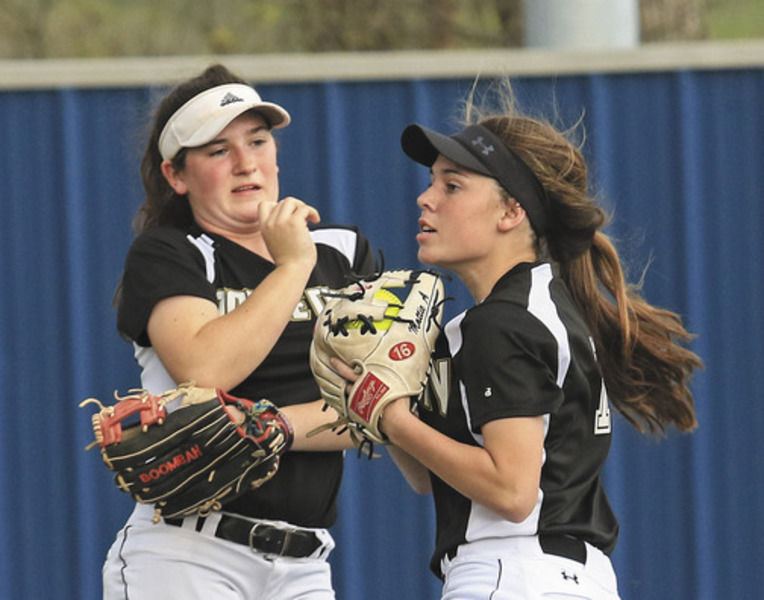 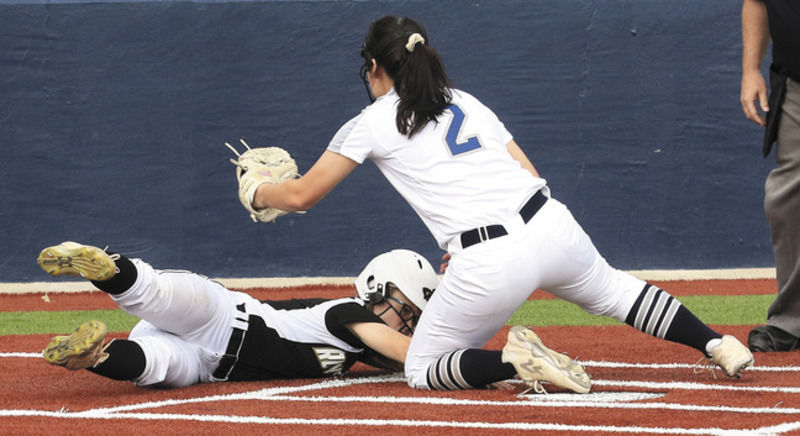 Haley Butler of Royse City reaches back to touch home plate, but she's blocked and tagged out by Wylie East pitcher Maddy Donaldson.

Haley Butler of Royse City reaches back to touch home plate, but she's blocked and tagged out by Wylie East pitcher Maddy Donaldson.

One win this week should be enough to clinch a playoff spot for the Lady Bulldogs (7-5, 15-7-1), who came close to punching their tickets last weekend.

The RCHS girls opened on Thursday with a five-inning, 11-0 win over North Forney behind the no-hit pitching of Abby Thomas, who struck out six.  Kenzee Hessert had a big day at the plate with four hits and seven RBI.

Saturday, however, saw Royse City fall, 2-1 in eight innings, at second-place Poteet. Thomas and Poteet’s Mya Stevenson dueled through the regulation seven innings tied, 1-1, with the Pirates winning in the eighth when Aiyana Rainwater was hit by a pitch, stole second base and scored on a two-out single by Miranda Chavez.

The Lady Dogs conclude the regular season this week.  A Tuesday game at Highland Park will be followed by Friday night’s final district home game vs. Lucas Lovejoy with seniors honored in pre-game ceremonies.

The Bulldogs (6-4, 18-11) split last week’s games with Mesquite Poteet to remain in playoff position with only four games left on the regular-season schedule in District 15-5A.

On Saturday at Poteet it was a different story as the Pirates rocked Drayton Harris and reliever Kade Hitt for 11 runs in a six-inning, 11-1 victory.  RCHS’ bright spot at the plate was Ethan Harris, who had three hits.

This week’s opponent is Highland Park. The home game was Tuesday night with the road game scheduled for Friday night at 7:30.

Royse City athletes who qualified in last weekend’s district championships will move on to an area-round meet Thursday at Longview Pine Tree.

Survivors earn spots in the regional meet, to be run April 27 and 28 at UT-Arlington.