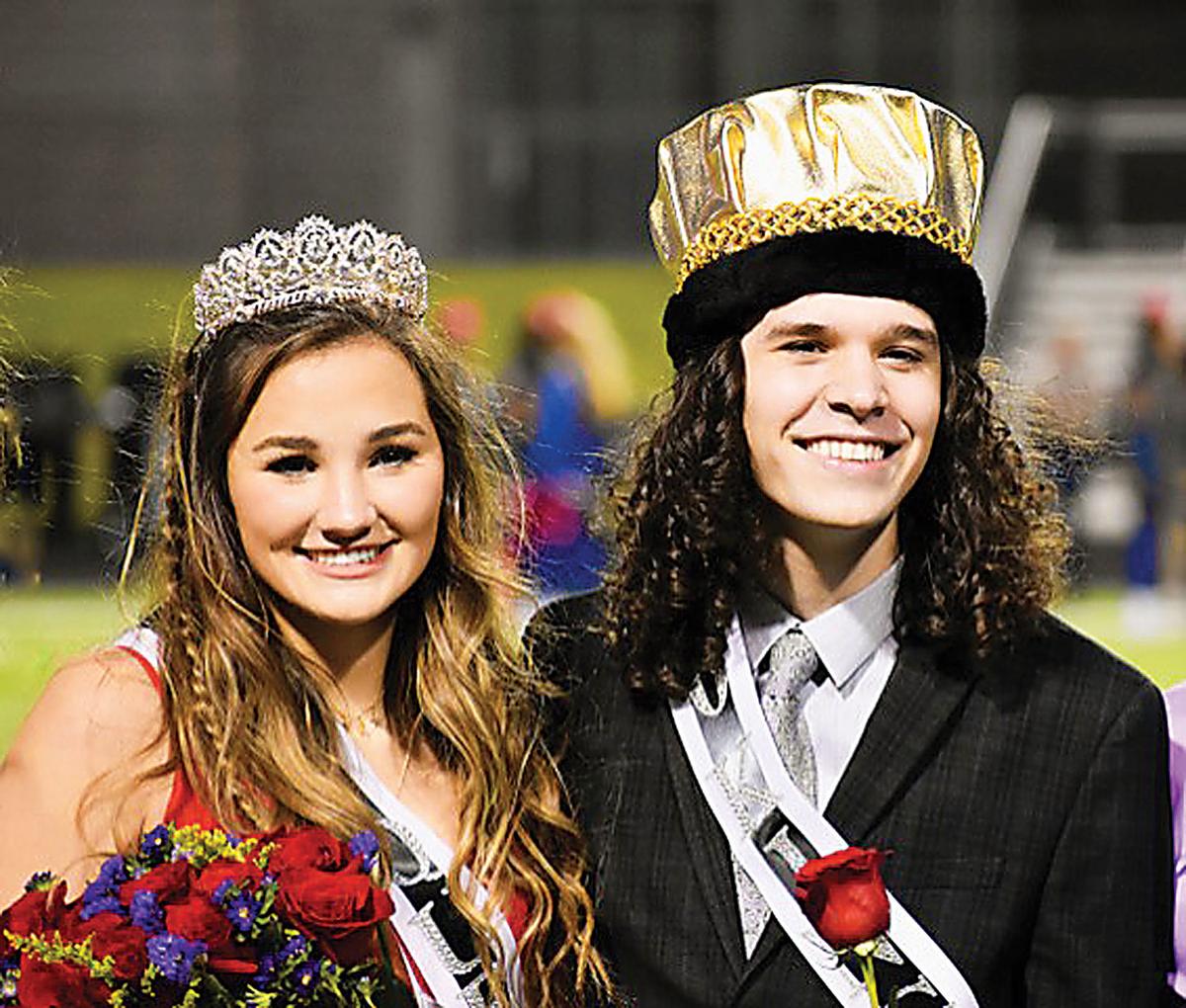 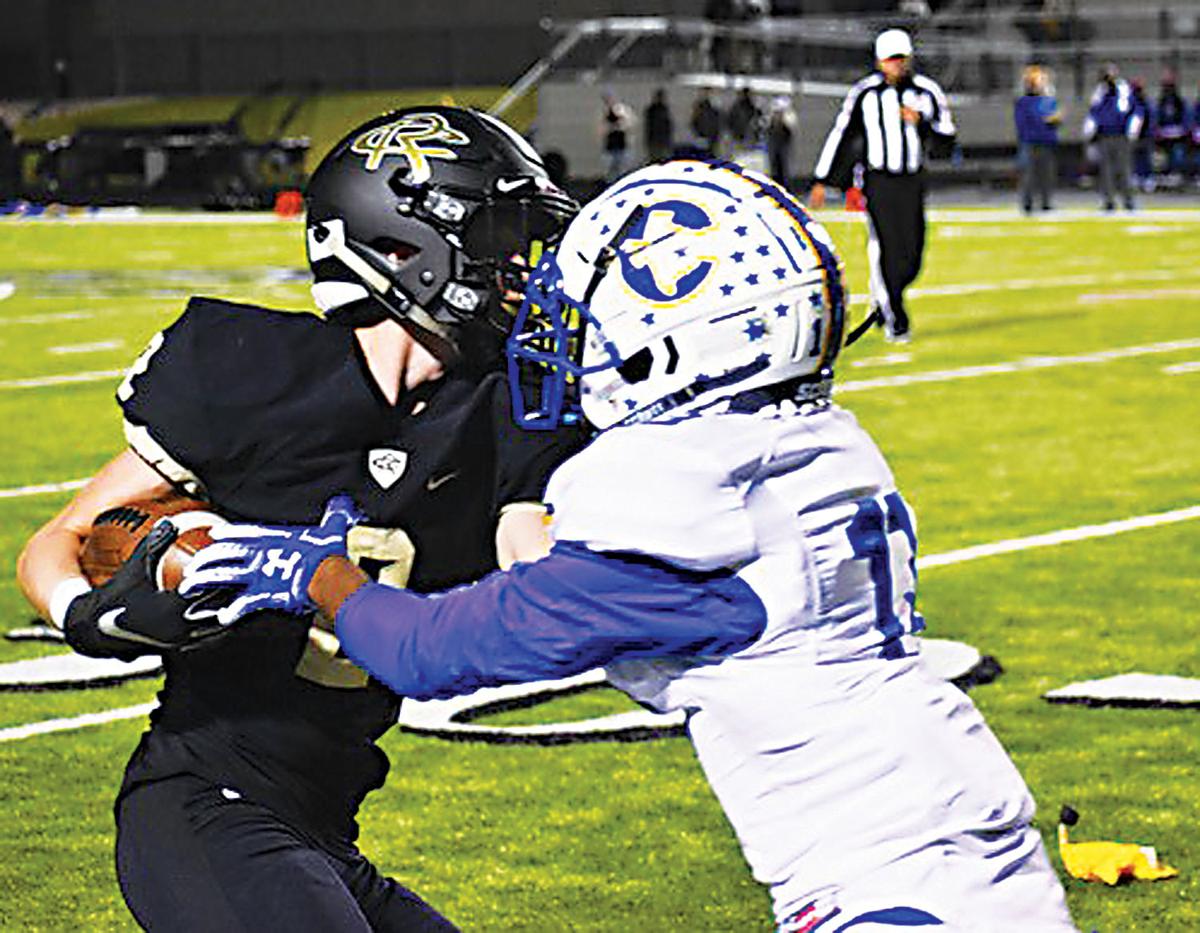 ROYSE CITY — It’s always great to win your football game, but even sweeter to win your homecoming game.

And it is also brave to schedule the 2018 district champion as your homecoming opponent. But when you do all these things and you shut out a respected and talented Corsicana Tiger football team, well the entire week ends in a celebration.

Eli Wooten and Ellie Homan were crowned the 2019 homecoming king and queen at the pre-game ceremonies.

After holding Corsicana to a three and out to start the game, the Bulldogs marched 63 yards in eight plays to score on an 8-yard touchdown run by Payton Petroff. Kicking specialist Anthony Ortiz excited the large home crowd with the point after as the Bulldogs took a 7-0 lead with 7:52 to play in the first quarter.

Following another three and out on the Tigers’ next possession, the Bulldog defense handed the ball back over into the hands of Royse City quarterback Tyson Oliver as he guided the Bulldogs back into field goal range, however a rare miss kept the the score at 7-0.

It was the Bulldog defense again in the second quarter as senior linebacker John Klump intercepted a Tiger pass and returned it 31 yards to the Corsicana 47. Nine plays and two big Corsicana penalties later, the Bulldogs added their second touchdown of the game with a 2-yard touchdown run by halfback Bryce Martinez. Ortiz added the PAT for a 14-0 Bulldog lead.

Royse City’s defense applied pressure to the Corsicana quarterback Solomon James, causing him to misfire on four passing attempts on the Tigers’ next possession.

The Bulldogs ended the second quarter as Ortiz booted a 33-yard field goal to give the Bulldogs a 17-0 halftime lead.

Ortiz would add to his point total in the third quarter with a 27-yard field goal to extend the Bulldog lead.

The Bulldogs travel to Greenville this Friday night for a 7:30 p.m. kickoff.

Terrell at Kaufman — Terrell by 3

Princeton at Lovejoy — Lovejoy by 9

Celina at Melissa — Celina by 6

North Mesquite at Rockwall — Rockwall by 14

Rockwall-Heath at Longview — Longview by 42

Greenville is riding a three-game win streak which is highlighted by a big 11-point win over North Forney a couple weeks ago. This is Greenville’s homecoming game and the Lions are in the hunt for a playoff spot. Brandon Stephens is the signal caller for the Lions and he as completed 48 percent of his passes for 545 yards this season. The junior quarterback has thrown six touchdown passes and only one interception in 77 attempts. He can and will run with the football. He has 345 yards rushing on 49 carries with four rushing touchdowns. The Lions’ leading rusher however is Lester Turner with 67 carries for 511 yards and four touchdowns. Caleb Johnson is the Lions’ go-to-guy when Greenville throws the football. Johnson has collected 16 receptions for 244 yards and four touchdowns.

Keep an eye on Greenville’s Miles Denson, the District 15-5A 100-meter champion. Denson can fly downfield.

Greenville may be the fastest competition in the district. The Lions are having a successful season and are very hungry for a playoff position. The close proximity of the two schools adds a little more rivalry to the contest as well.

The Bulldog defense is just getting better and stronger every week, which was evident by shutting out a powerful Corsicana offense last week. The Bulldogs’ passing threats to Michael Alphin and Ketron Jackson are becoming a power focus on the Royse City offense and the improving rushing attack helps balance out the offensive capabilities.

Expect the Bulldogs to execute another full frontal attack on the Greenville Lion offense and to try for another shut out, if Royse City can contain the Greenville speed.

The Bulldog offensive line improved tremendously in the week following the game with Ennis. Royse City’s offense was able to account for 480 yards of rushing and passing. 303 of those yards were rushing yards and the holes were opening to allow the Bulldog backfield to gain that yardage.  As the Bulldog offensive line goes, so goes the Bulldog backfield.  Never enough accolades and yet the linemen are one of the most important parts of any successful football program.

Defensive Player of the Game

The Bulldog defensive line was incredible last Friday night against Corsicana. Not only were the linemen ferocious in their effort, they were punishing the Corsicana Tiger offensive line all four quarters. In many, many years of following Royse City football, this game will stick in my memory as one of the best ever defensive games by a Bulldog defensive line. This game in itself was a Hall of Fame effort. No individual accolade can dominate the award, it was a team effort all the way.